Documenting the African American experience in Maryland through the contributions of the Morgan State University community. Since its creation the Davis Room now includes a growing section of manuscripts, University Archives, rare books, and artifacts. 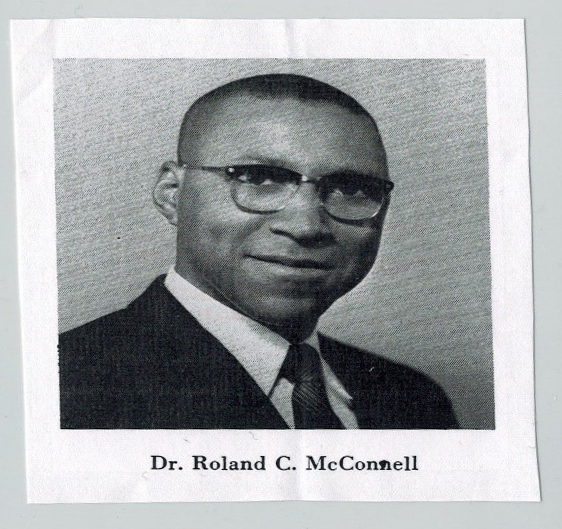 Professor of history and author Roland C. McConnell was born in Amherst, Nova Scotia, Canada on March 10, 1910. McConnell graduated from Dunbar High School in 1927, where he was a classmate of historian Sadie I. Daniels and Dr. Robert C. Weaver. McConnell earned his A.B. degree in 1931 and his M.A. degree in 1933 from Howard University, where Charles Wesley introduced him to Carter G. Woodson, founder of the Association for the Study of Negro Life and History (now ASALH).

After graduating, McConnell taught at Elizabeth State Teachers College before joining the United States Army in 1942. In 1943, McConnell served as visiting lecturer at Howard University and archivist at the National Archives.

Arriving at Morgan State University in 1948, McConnell became chairman of the Division of Social Science from 1953 to 1955, chairman of the Department of History from 1967 to 1975 and Professor Emeritus in 1981 and Carter G. Woodson Scholar in Residence. McConnell taught history in a department with Dr. Benjamin Quarles and contributed articles to The Journal of Negro History, The North Carolina Historical Review, The Maryland Pendulum, and the Afro-American and Baltimore Sun newspapers.