English 101: Finding an Image to Analyze

100 Most Shocking Adverts of All Time: www.businessinsider.com/ads-designed-to-shock-you-2014-9?op=1

15 Most Creative Print Ads of the Year: www.buzzfeed.com/copyranter/the-15-most-creative-print-ads-of-the-year#.juKaPV1RN

10 Most Offensive Ads of 2011: www.designer-daily.com/a-collection-of-smart-creative-print-ads-31740

And for other images:

Taken from the Center for Media Literacy:

There's more to advertising's message than meets the casual eye. An effective ad, like other forms of communication, works best when it strikes a chord in the needs and desires of the receiving consumer -- a connection that can be both intuitive and highly calculated.
The following questions can help foster an awareness of this process. 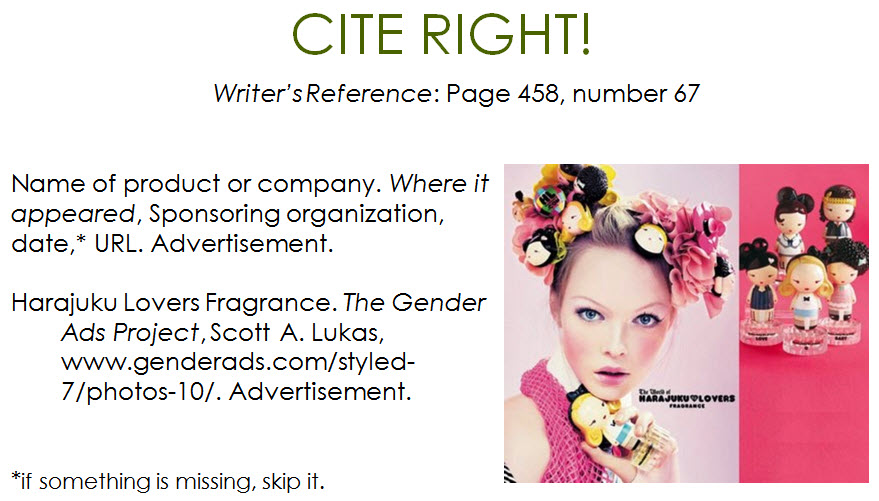