A Guide to the 2020 Census for the Morgan Community

The 24th Decennial Census of the United States is under way right now.   Getting accurate census counts has historically been problematic in Baltimore.  The Baltimore Sun reports that nearly 17,000 children were not counted mainly due to living in more than one household. Furthermore, Morgan State is surrounding by "Hard to Count" areas where people are less likely to fill out the census form and be counted. According to MarylandNonprofits.org Baltimore City had one of the lowest census participation rates in the state with 68% during the 2010 census.
The implications of this for things like federal funding for local programs and representation in Congress, which rely on census counts, are very important for making Baltimore a safe and sustainable city.
MorganCounts 2020 is a collaborative effort between the Institute for Urban Research, the Department of Economics, Richardson Library and the U. S. Census Bureau to raise awareness of and promote participation in the Census.
NOTE:  If you are a student who lives on campus during normal operations you will not fill out the census, the University will provide information about students directly to the Census Bureau.  See more information for Morgan students HERE.

Morgan Counts is a collaborative project of the Institute for Urban Research, Earl S. Richardson Library and the Department of Economics to engage the Morgan Community in the 2020 Census. 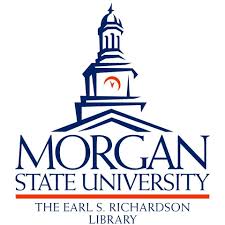 Every ten years the Federal Government conducts a census to count the number of people living in the United States.  The census is mandated by Article 1 Sec. 2 of the United States Constitution as amended in 1868.

Information gathered by the census is used to determine the number of representatives in each congressional district and to distribute federal money, which is apportioned according to the number of people in each area.

Students housed on the campus will be reported by the University.

If you live off campus, you’ll need to respond to the 2020 Census. Because unlike your on-campus classmates, you likely haven’t been counted through campus housing. Here’s your opportunity to impact funding for programs like Pell Grants and health care services.

The Census in Baltimore History

Baltimore QuickFacts provides the most current information about Baltimore from the U.S. Census Bureau